A Man of Value

Last week we discussed the addition of women’s names into the Avot. prayer during a Shabbat Service. This prayer mentions the Biblical fathers, Abraham Isaac and Jacob. When, why, and how did the Reform movement add the names of the matriarchs, Sarah, Rebecca, Leah, and Rachel?  The answer is that given our movement’s commitment to gender equality, the matriarchal names were added in the 1990s to our prayerbook.

In that vein, I was delighted to see an innovation to Jewish liturgy suggested by poet and liturgist Debra Cash. Cash has cited the Proverbs 31 text Eyshet Hayil (A Woman of Valor), which is recited in observant homes at the Sabbath table to honor the women of the house, to propose a companion blessing for the man of the house with, “A Man of Value.”

Using Biblical references and medieval Hebrew poets, the author juxtaposes the values of Proverb’s Eyshet Hayil. In addition, she refers to ancient rabbinic sources and even used some words from U.S. representative and civil rights leader Elijah Cummings who once said:

Here is the text:

A man of value cannot be appraised; his worth is an incalculable treasure.

He rejoices in sunlight when he rises, and at night he blesses the dark.

A pillar of his household, he does not make himself a pedestal.

He puts down the gun and lowers his shield

and comforts the crying child.

He stands in equanimity before all

without deference to wealth or favor to the poor —

he is truthful in all his dealings.

When the winds of challenge buffet his ship

he shifts his sails and lightens the cargo

and continues to navigate calm waters.

His community praises his intention

his family rests in his esteem.

I’m here for a season and reason, he says

I will make the road by walking.

Innovations in our synagogue’s practice are based upon underlying assumptions, one being that “Reform Judaism is committed to gender equality. Our history teaches us that the ancient distinctions between the ritual roles of men and women are no longer justifiable on religious, moral or social grounds.” (Dr. Mark Washofsky; Jewish Living: A Guide to Contemporary Reform Practice). This principle does not blur the distinctions between the sexes but rather allows us to create comparable rituals that exist for one gender and not the other.

I would urge you to add Debra Cash’s beautiful blessing at your Shabbat table whenever possible so that each partner who heads a household may be blessed and recognized for their contributions to the family. Let us begin to honor the men of value in our lives, even as we bless the women of valor.

In 1918, near the end of World War I, Israel Beilin penned a patriotic song while serving in the army at Camp Upton in N.Y. But, there were so many patriotic songs coming out at the time that the composer filed the piece away in his scrap heap.

Two decades later, the composer, whose name was Americanized to Irving Berlin, was approached by radio star Kate Smith, who wanted a new song to sing for a special 1938 Armistice Day radio show.

Berlin tried several different songs and then remembered his “God Bless America,” filed away in an old trunk.

However, the world had changed in many ways in the two decades from 1918 to 1938. For one, after World War I, Americans were enthusiastic and patriotic. They were proud of their war efforts and their “boys” who went “over there.”

Now, in the 1930s, Americans were adamantly opposed to participating in another European War. So Berlin himself dusted off his old song and made several changes to make it a “peace song.”

More significantly, Berlin added an ominous preamble to his song, which included his own prayer for non-intervention in the war:

“While the storm clouds gather far across the sea

Let us swear allegiance to a land that’s free

Let us all be grateful that we’re far from there

As we raise our voices in a solemn prayer.”

The song was sung this way by Kate Smith every performance from the fall of 1938 into the early months of 1939. Yet, Berlin copyrighted the song in February 1939, changing the words “grateful that we’re far from there” to “grateful for a land so fair.”

What caused the composer to shift from an isolationist viewpoint to the song as we sing it today? A chilling twist of fate is that “God Bless America’s” premiere occurred one day after Kristallnacht, Germany’s Night of Broken Glass! On November 9-10, the Nazi’s SA paramilitary forces and civilians carried out a pogrom, attacking Jewish homes, businesses, and synagogues. This violent attack was America’s first view of the brutality of the Nazi regime, shifting American public opinion about intervention.

For Berlin, “God Bless America” could no longer be a peace song.  He changed its words and began to lead it at rallies in support of American involvement in the escalating conflict in Europe.

“God Bless America” is the quintessential Jewish War Veterans’ song. As Irving Berlin’s daughter, Mary Ellin Barrett, wrote in her memoirs, “It wasn’t ‘God Bless America, land that we love.’ It was ‘God bless America, land that I love.’ It was an incredibly personal statement that my father was making, that anybody singing that song makes as they sing it. And I understood that that song was his ‘thank you’ to the country that had taken him in. It was the song of the [Russian Jewish] immigrant boy who made good.”

This Veteran’s Day, may we honor those who served and swear allegiance to continue the fight for a land that’s free.

Some Jews are leery of observing Halloween with its pagan roots, promotion of ghosts and demons, and encouragement of greed as kids go door to door and demand treats. Perhaps the only non-controversial feature of the day is the CANDY itself.

For Jews, candy is a year-round necessity. Our people have a confection for every occasion, whether Passover fruit jelly chews, Hanukkah gelt, or Bazooka Bubble gum with microscopic Hebrew comics.

Less than 100 years ago, Jewish-owned candy stores dotted the entire landscape of the Lower East Side of New York. In 1929 fully 80 percent of the nations’ small candy stores were owned by Jews. Many of our immigrant ancestors started selling homemade confections out of their pushcarts and only later opened storefronts.

For instance, Economy Candy just reopened last month in New York, after a year’s closure due to the pandemic. The store started as a tiny candy cart. After the war, Morris (Moishe) Cohen rented a store and sold candy, chocolate, fruits, nuts, and kosher baskets. He would drag large sacks of fruits, nuts, and penny candies outside and schmooze up his customers. Economy Candy is New York City’s oldest retail candy store that is still owned and run by Jews.

In honor of the season, Temple Beth Or will observe a fully Kosher CANDY Shabbat on Friday, October 29 at 6:30 p.m. with a candy buffet, thematic songs, and Jewish candy trivia. Plan to sample and discover the Jewish background of some of your favorite sweets.

Temple Beth Or offers this hallowed Sabbath eve celebration for our youngsters to provide a Jewish outlet for their sweet tooth. And, if they choose to come in their Purim costumes, all the better.  No matter what your age, or your feelings about Halloween, savor the sweet taste of CANDY Shabbat without having to weather the elements.

In a nod to gender-neutral language, Representative Emanuel Cleaver II concluded his opening prayer for the launch of the 117th Congress with the words “amen and awoman.” While it sounds like the kind of joke I might make, the fact is the congressman may have been seriously attempting to be inclusive.The term amen’s origins are from the Hebrew root for the word “Emunah,” which means faith or belief. It is a gender-neutral term. Reciting Amen to a prayer or blessing demonstrates a statement of affirmation. Judaism teaches that when a leader says a blessing, and the congregation responds, “Amen,” it is as if the entire community has fulfilled the mitzvah of saying the blessing. When Jews cannot recite an entire Hebrew prayer, a simple amen might suffice.

The great 15th-century philosopher Adar Banal explained the term as follows. He said the congregation’s real purpose is to combat the idea that God is merely in the heavens above. God also dwells within you and me and makes the Divine presence known through the acts of our hands, the impulses of our hearts, and the healing nature of our deeds. To say Amen and not to act is meaningless. A passionate Amen requires that we get up from our prayers and work in our world according to the high ideals expressed.

Thus for our elected officials, we pray:

May you never let an Amen pass your lips without being followed by actions that unify and heal our fractured nation.
May your actions serve all of our citizenry’s needs regardless of ethnicity, faith, gender, sexual orientation, economic status, or political affiliation.
May this Congress, rather than paying lip service to our Constitution and founding fathers’ highest ideals, strive to serve its citizenry as one nation, under God, indivisibly enacting liberty and justice for all.

Then indeed, we will conclude with a hearty AMEN. 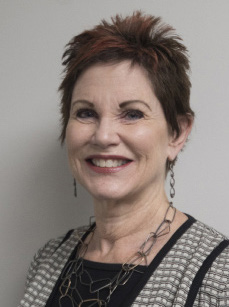 Rabbi of Temple Beth Or

Rabbi Judy Chessin has been the Rabbi of Temple Beth Or since its inception in 1984, when she was asked to guide 35 South Dayton families in their endeavor to create a Reform Jewish synagogue in the Centerville area. Together they created Temple Beth Or. Originally from Orlando, Florida, Rabbi Chessin received her undergraduate training at the University of South Florida, where she was the first graduate in Judaic Studies within the Religious Studies Department. After studying in Jerusalem, Israel, she went on to complete her Masters of Arts in Hebrew Letters at the Hebrew Union College – Jewish Institute of Religion in Cincinnati, Ohio, where she received ordination as Rabbi in June of 1984 and was awarded the Morris H. Youngerman Prize for Homiletics. Rabbi Chessin is known for her efforts to work with other synagogues and other faiths. Rabbi Chessin has received multiple awards during her career and is a recognized leader in the Dayton Jewish community.  She is married to Professor Michael Cook of Hebrew Union College, and they have two grown sons: Brett and Chad Chessin.